Ram Gopal Varma: 'BoycottLiger is because of Karan Johar' 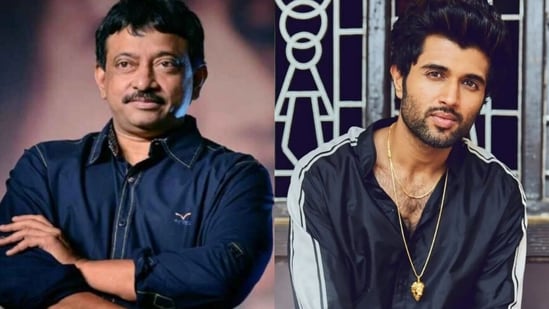 Ram Gopal Varma commented on Vijay Deverakonda's Bollywood debut Liger and its failure at the ticket window amid boycott trends. He compared Vijay with Prabhas, Jr NTR, Ram Charan and others and called him naturally aggressive. Filmmaker Ram Gopal Varma believes Vijay Deverakonda’s provocative statements caused the debacle of Liger. The film marked Vijay’s official entry in Bollywood and was met with boycott trends during promotions. Commenting about Liger’s failure at the box office, RGV compared Vijay with Prabhas, Ram Charan and Jr NTR. Ahead of Liger’s release, Ram Gopal Varma was among the celebrities who praised Vijay’s film Liger. He had tweeted, “Saw scenes of @KaranJohar presented #PuriJagan directed and @Charmmeofficial produced LIGER ..More than a CROSS between TIGER and LION @TheDeverakonda looks like a SUPER CROSS between @pawankalyan @urstrulyMahesh @RaviTeja_offl and @iTIGERSHROFF”. In a recent interview, Ram Gopal Varma said that the audience responded negatively to Karan Johar who backed the film after Sushant Singh Rajput’s death. “Vijay is naturally aggressive on stage. He has attention-grabbing antics. But the fundamental reason why there was a boycott Liger movement in Bollywood is because of Karan Johar who is associated with the project. Ever since Sushant Singh Rajput’s demise, it has become common for Bollywood folk to boycott Karan’s films,” he told TV5 Tollywood. During the film promotions, Vijay Deverakonda tackled criticism and calls for a boycott openly against his film. Speaking about the same, Vijay told ANI, "We've put our heart into making this film. And I believe that I am correct. I feel that there is no room for fear, when I had nothing, I didn't fear, and now after having achieved something, I don't think there needs to be any fear even now. Maa ka aashirwaad hai, logon ka pyaar hai, bhagwaan ka haath hai, andar aag hai, kaun rokenge dekh lenge (We have mother's blessings, people's love, God's support, a fire inside us, we will see who will stop us)!"