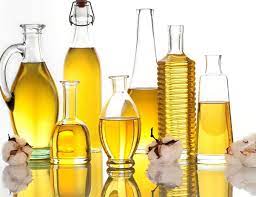 Pakistan Prime Minister Shehbaz Sharif's son Hamza Shehbaz on Saturday took oath as the chief minister of Punjab province. But the political turmoil in the country seems to be far from over. On Friday, Hamza was re-elected to the post by just three votes amid high drama when deputy speaker Dost Muhammad Mazari rejected 10 crucial votes of his rival candidate.The run-off election for the Punjab chief minister was conducted in the Punjab Assembly in line with the instructions of the Supreme Court of Pakistan.Hamza was declared the winner in the election though his Pakistan Muslim League-Nawaz (PML-N) party did not have a majority in the Assembly after key by-elections held on July 17.Hamza managed to retain the post of Punjab province CM by the barest of margins after Mazari rejected 10 votes of his rival candidate Chaudhry Pervaiz Elahi’s party Pakistan Muslim League-Q (PML-Q), an ally of ousted prime minister Imran Khan Niazi's Pakistan Tehreek-e-Insaf (PTI), citing Article 63-A of the Constitution.In a statement, Mazari said 10 lawmakers from the PML headed by Shujaat Hussain, a Khan ally, had violated regulations by voting contrary to demands from Hussain, who had allegedly asked they abstain from voting. Under Pakistani law, votes are disqualified if lawmakers vote contrary to their party’s instructions.In the 368-member Punjab Assembly, Hamza’s party PML-N received 179 votes, while Elahi’s party garnered 176 votes.Soon, "surprised" by Hamza's victory, Imran Khan called for protests on Friday night. "I am in shock at what happened in the Punjab Assembly. I always believe that God would take our democracy to a level where it is in the west,” he said.I am telling the nation today. You have to do a peaceful protest. Until and unless you do that, nothing will happen. Register your protest. You have to tell that we are humans, and not sheep. Register your protest today so that they know the Pakistani nation is alive," Khan said.