Opinion | In Karnataka, it is now advantage BJP 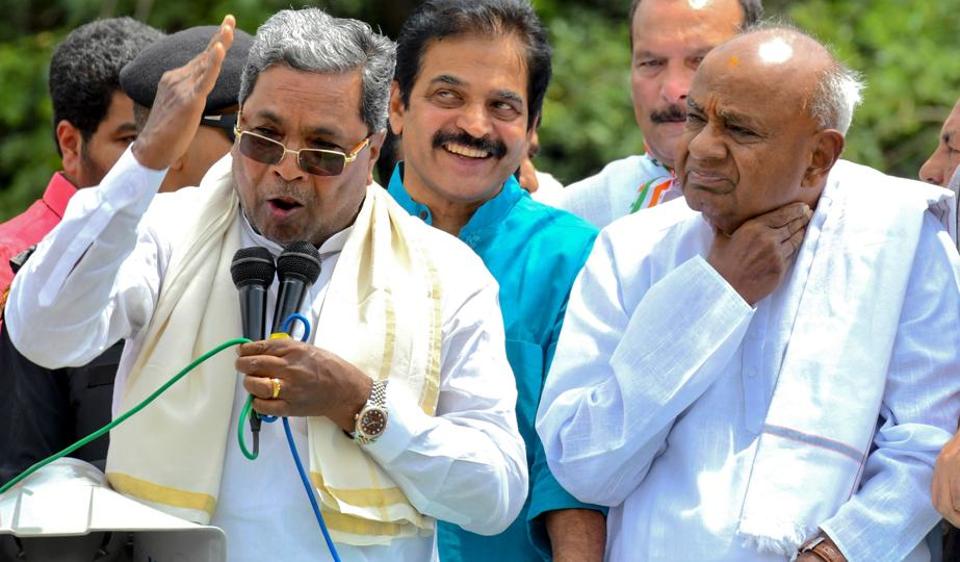 It was in May 2018 that the people of Karnataka voted for a new assembly. But if the current political crisis in the important southern state continues unabated, Karnataka could well be voting for a new government. Here’s why: On July 6, 10 MLAs of the Congress and three of the Janata Dal (Secular) ---- the two parties run a coalition government in the state ---- submitted their resignations to the Speaker, Ramesh Kumar, who was on leave. The rebel MLAs also met Governor Vajubhai Vala and then flew to Mumbai and have been holed up in a hotel ever since. On July 8, independent MLAs Nagesh and R Shankar followed suit, taking the number to 15. The resignations were meant to coincide with the return of Chief Minister HD Kumaraswamy from the United States, who has blamed the Bharatiya Janata Party (BJP) for engineering the dissent drama. Meanwhile, other ministers of the Cabinet resigned, saying that they want to give a free hand to the chief minister to accommodate the rebels in plum ministries. Two more Congress MLAs quit on Wednesday amidst high drama at the Vidhana Soudha. The Congress’s crisis manager, DK Shivakumar, who left for Mumbai on Wednesday morning to placate the rebels, was refused entry into the hotel all day, detained by the Mumbai police and later in the evening sent back to Bangalore.