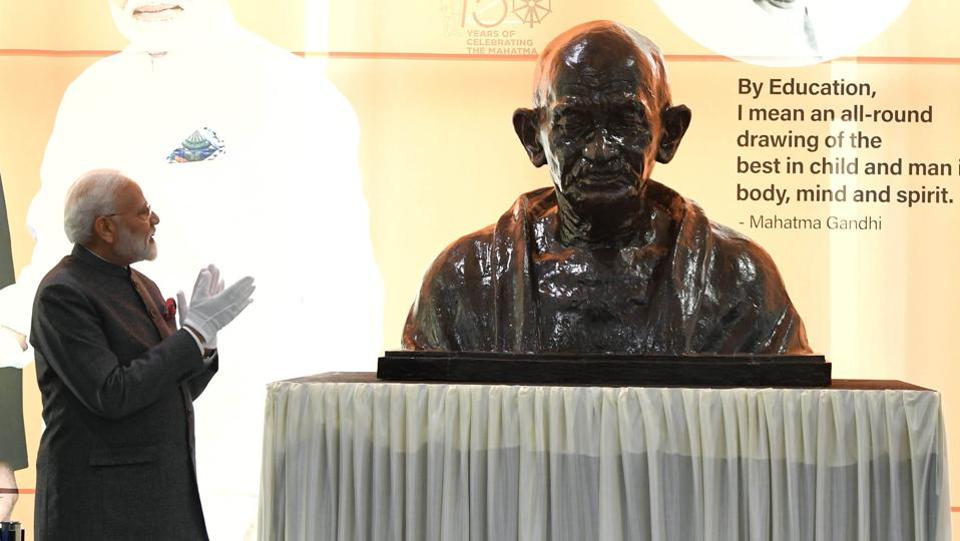 Prime Minister Narendra Modi takes pride in thinking big. He is also known to have a particular affinity for mega-campaigns and milestones. In his second term in office, Mr Modi has repeatedly highlighted how the country must come together to celebrate two momentous events: the 150th birth anniversary of Mahatma Gandhi this year; and the 75th year of Indian independence in 2022. From getting singers from 124 countries, to singing Gandhi’s favourite, evocative bhajan, Vaishnava Jana Tu, last year, to now urging all Bharatiya Janata Party (BJP) Members of Parliament to embark on a 150-km padyatra in their constituencies from October 2 this year, the PM has decided to invest both political and diplomatic energy in making Gandhi’s anniversary a grand occasion. This is laudable. Gandhi’s contribution to the freedom struggle needs little elaboration. His principles — of truth, non-violence, Hindu-Muslim unity, equality by battling caste discrimination — hold resonance in contemporary India. And India’s political class would do well to go back to those values. Mr Modi, in Parliament, referred to the milestone as a national event. Parties across the spectrum, and citizens across ideological divisions, must come together to remember Gandhi.