Leaving White Dress And Tuxedo Behind, Ukrainian Couple Gets Married In Military Uniforms 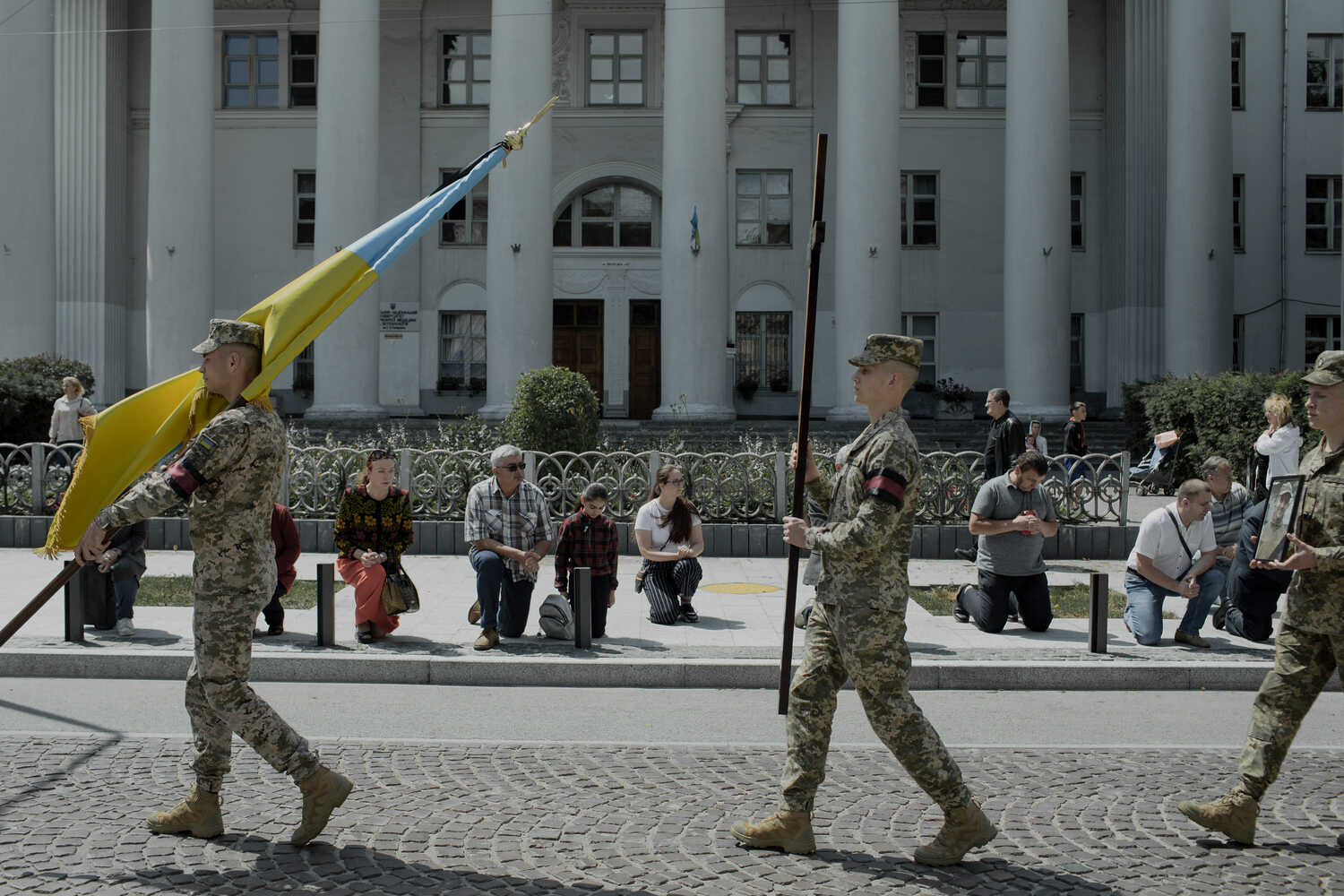 A couple from the war-torn Ukraine had a symbolic wedding in the midst of the ongoing conflict with Russia, which has claimed many lives and left Ukrainian cities in ashes. The pair exchanged vows while dressed in military uniforms rather than a white gown and tux.A video posted on Twitter shows the newlyweds coming out of a church, spreading cheers and smiles.The video has been shared on the micro-blogging platform by Anton Gerashchenko, adviser to Ukraine's Minister of Internal Affairs."Ukrainian weddings these days. No white dresses and tuxedos but plenty of love and happiness," the official said in his tweet.The bride appears in the video wearing a veil over her camouflage outfit, and the groom is also seen dressed in uniform. As music plays in the background and guests applaud the happy couple, the husband lifts his bride and takes rounds.The clip has been viewed 2.8 lakh times and more than 18,000 users have liked it since being posted on Monday.Users have flooded the comment section of the post with blessings and heartfelt remarks.Never seen a most beautiful bridal couple," wrote a user, while another said, "May they live long and prosper."