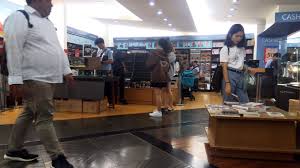 The coronavirus pandemic and the ensuing economic disruption have led to a record souring of consumer sentiment, a central bank survey found, but people remain hopeful that the situation will improve in the year ahead. “The current situation index recorded its third successive all-time low as the respondents perceived further worsening in the general economic situation and employment scenario during the last one year,” the Reserve Bank of India survey released on Friday said. More respondents reported curtailment of overall and essential spending during the past year than in the previous survey. The current situation index (CSI) dropped to 49.9 in September from the last reported 53.8 in July. The Reserve Bank of India’s survey was conducted among 5,364 households across 13 major cities including Ahmedabad, Bengaluru, Bhopal, Chennai, Delhi, Guwahati and Hyderabad. In May, the CSI was 63.7. Consumers, however, remain optimistic about their future with the Reserve Bank of India’s future expectations index (FEI) continuing to climb. Households were more confident about the year ahead with the FEI improving for the second successive survey round.