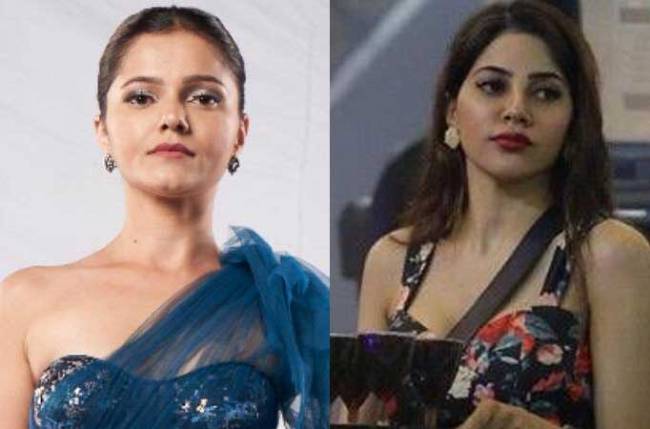 With "Toofani Senior" Sidharth Shukla, Hina khan and Gauahar Khan in the Bigg Boss 14 house, the hotness quotient has been raising each day. While female fans can't stop drooling over BB13 winner Sidharth, male fans have been going gaga over Hina and Gauahar. In Wednesday's episode of the controverisal reality show, actress Nikki Tamboli created havoc when she demanded her ex-boyfriend's tshirt and shorts since she was missing him. After huge chaos, she gave up on her demand, courtesy Sidharth Shukla, Now, in the upcoming episode, the divas of the house are all set to raise the temperature by seducing Sidharth Shukla for immunity. Contestants Rubina Dilaik, Jasmin Bhasin, Nikki Tamboli and Pavitra Punia will have to seduce actor Sidharth Shukla for an immunity task in the upcoming episode of the controversial reality show. The immunity task comprises three rounds. For round one, the girls had to get a tattoo from Sidharth while they impressed him through great conversation. Punjabi actress-singer Sara failed to win the actor's heart and move ahead