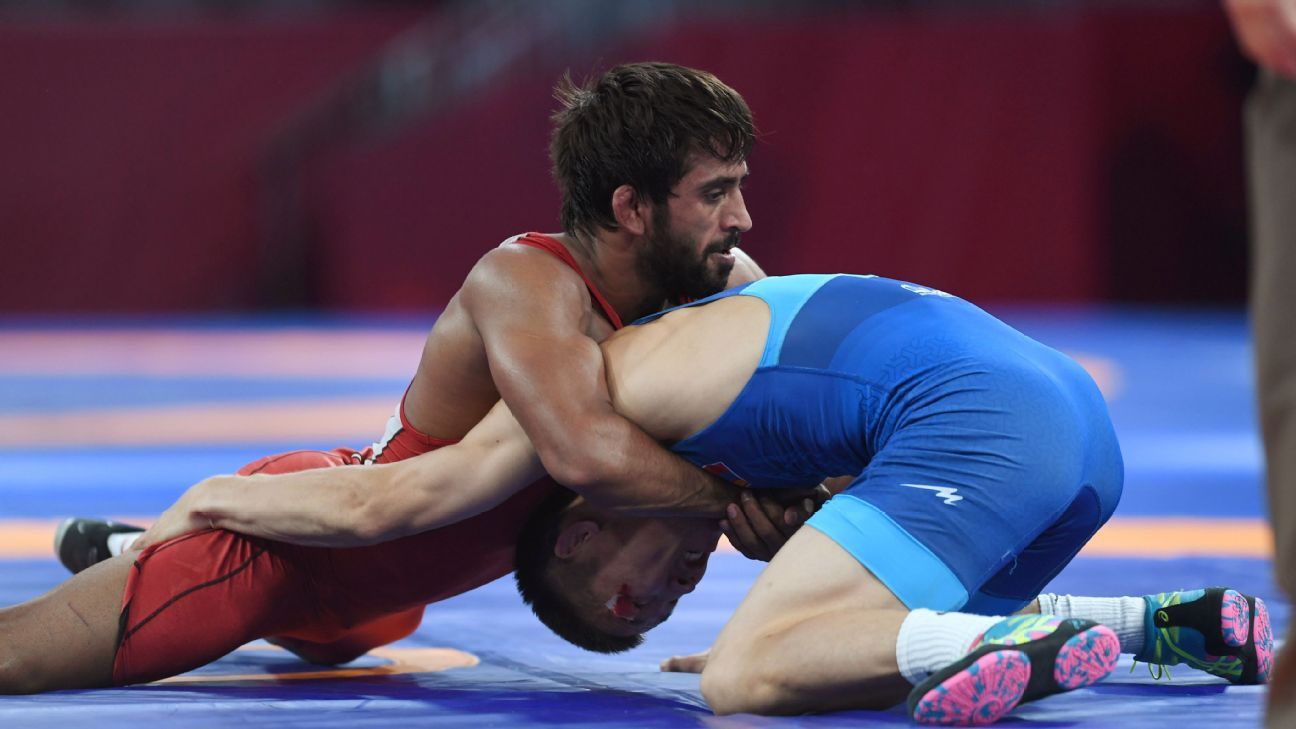 India's Bajrang Punia won the country's sixth medal at this Olympics after winning his bronze medal bout in the men's wrestling freestyle 65kg division at the Tokyo Olympics on Saturday. Bajrang defeated three-time Asian Champion Daulet Niyazbekov 8-0 in a dominant performance. This is India's sixth medal at this Olympics, equaling their best-ever display at the Games. They had also won six medals (two silvers, four bronzes) at the London Olympics in 2012. This is India's fourth bronze at this Olympics after PV Sindhu (badminton), Lovlina Borgohain (boxing) and the men's hockey team. India also won two silvers through Mirabai Chanu (weightlifting) and Ravi Kumar Dahiya (wrestling). This is the second time after London that India has won two wrestling medals at a single edition of the Olympics. Bajrang is the sixth Indian wrestler to medal at the Olympics after KD Jadhav (bronze, 1952), Sushil Kumar (bronze, 2008 and silver, 2012), Yogeshwar Dutt (bronze, 2012), Sakshi Malik (bronze, 2016) and Dahiya. Niyazbekov is also a two-time Worlds medalist, having won bronze in 2011 and silver in 2019, where he defeated Bajrang in the semis in a very close bout. Bajrang, however, had defeated Niyazbekov in their last bout earlier this year. Bajrang had earlier lost 5-12 to Azerbaijan's three-time world champion Haji Aliyev in the semis on Friday.