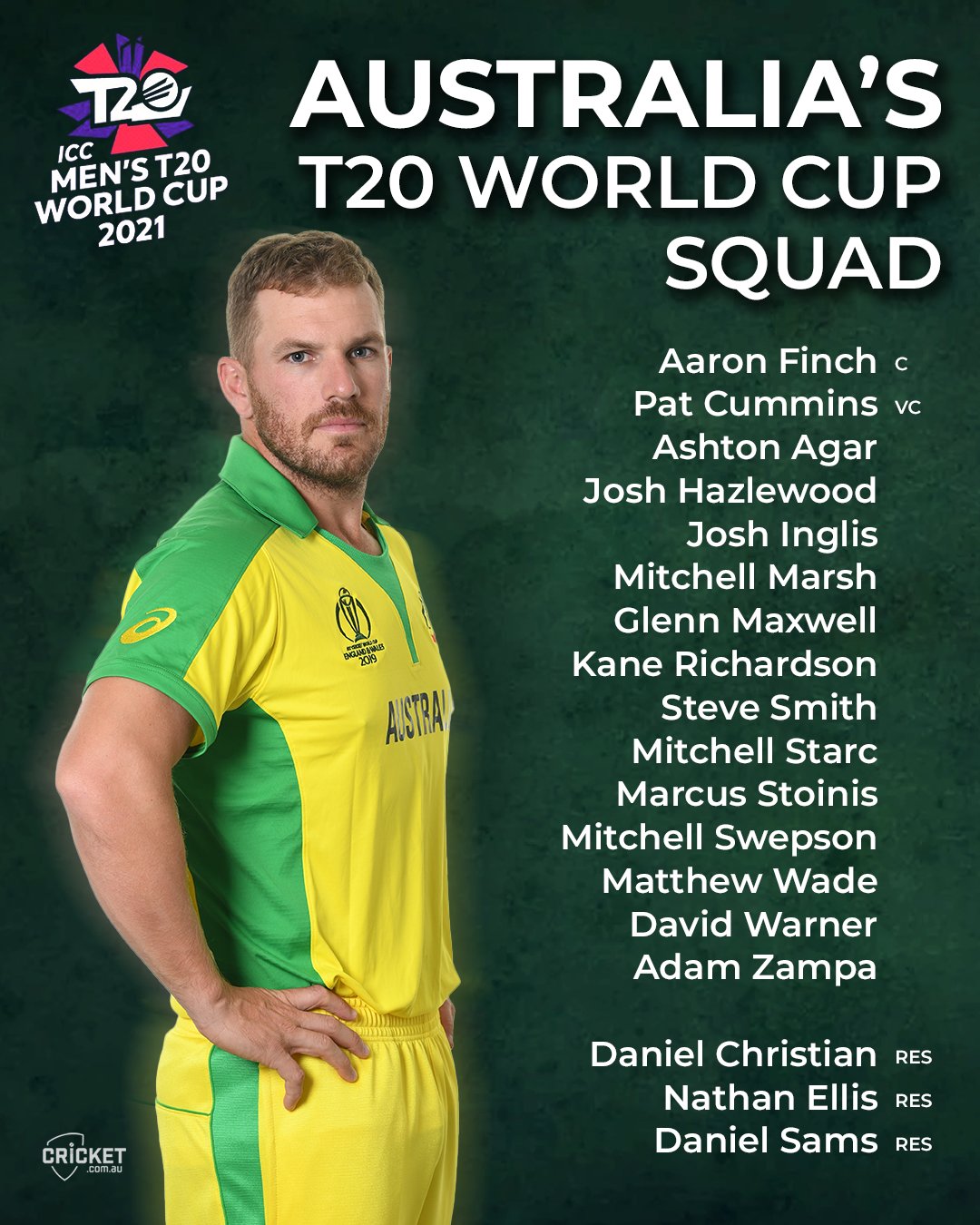 Australia has announced their 15-man squad for the upcoming edition of the T20 World Cup which is scheduled to be held in the UAE. The big names made a comeback to the squad while the uncapped player, Josh Inglis, received his maiden call-up. Marcus Stoinis, Glenn Maxwell, David Warner, and Pat Cummins make a return to the side after having opted out of the away tours of Bangladesh and West Indies. Steve Smith has recovered from his elbow injury and will also join the squad. Regular skipper Aaron Finch will lead the side which also includes three travel reserves – Dan Christian, Nathan Ellis, and Daniel Sams. The players who were given an opportunity in the recently concluded Bangladesh series couldn’t make the most of it and failed to make it to the side. This includes Moises Henriques, Alex Carey, Josh Philippe, and Ashton Turner. Also missing will be bowlers Jhye Richardson, Andrew Tye, and Jason Behrendorff.