Kumkum Bhagya's Sriti Jha talks about being asexual in her viral poem. Watch 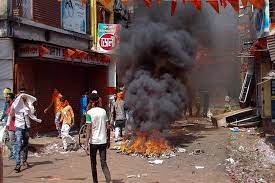 Sriti Jha, who is known for her work in television shows such as Kumkum Bhagya and Dil Se Di Dua...Saubhagyavati Bhava, is going viral. Several social media users have been sharing a video of her from 2020, reciting her poem, Confessions of a Romantic Asexual.The video, which is from the Spoken Fest in Mumbai in January, 2020, shows Sriti emotionally reciting the poem. In it, she spoke about being asexual and all the pressure she has had to face from the society for it. Sriti says that while she, too, loves to be kissed and hugged, sex doesn't do anything for her.She talks about how when the world was talking about the Me Too movement and the importance of consent, she 'learned to lie in words and in moans.' She also gave a spin to popular Backstreet Boys song Everybody, using it to express what she had to say.