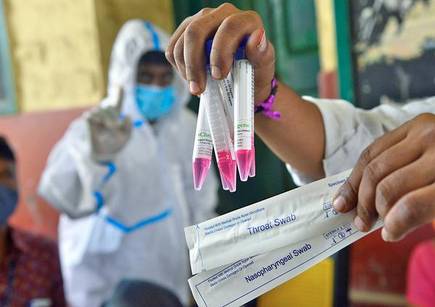 From L-R) Australia's Mitchell Starc, India's captain Ajinkya Rahane, Australia's David Warner and India's Mohammed Siraj greet each other at the end of the third cricket Test match between Australia and India at the Sydney Cricket Ground (SCG) in Sydney on January 11, 2021. (Photo by Saeed KHAN / AFP) / -- IMAGE RESTRICTED TO EDITORIAL USE - STRICTLY NO COMMERCIAL USE --(AFP) cricket IND vs AUS: ‘Sorry to Indian Team’, David Warner apologises over racism row By hindustantimes.com PUBLISHED ON JAN 12, 2021 11:38 AM IST On Tuesday, Warner took to Instagram and said that ‘racism and abuse' are 'not acceptable or tolerated anywhere’. A day after the conclusion of the third Test, Australian opener David Warner apologised to Indian players for the unruly behaviour shown by a section of the crowd at Sydney Cricket Stadium. A group of spectators directed racial abuse at Indian pacer Mohammed Siraj on the third day of the match after which the visitors lodged an official complaint of the incident. Later, on the fourth day, six people from the audience were evicted from the stadium after they attacked Siraj again with racial comments. On Tuesday, Warner took to Instagram and said that ‘racism and abuse' are 'not acceptable or tolerated anywhere’. He also congratulated Ajinkya Rahane-led team India for pulling off an exceptional and hard-fought draw on the final day of the Sydney Test. “It was great to be back out on the park again this week. Was not the ideal result for us but this is what Test cricket is all about. 5 days of tough cricket and well done to our guys for working as hard as we could, congrats to India in the way they fought hard for the draw, and that's why we love this game, it's not easy. Move onto Brisbane now for the decider and what a place the Gabba is to play at,” Warner wrote on his Instagram.